Everyone loves Fourthmeal! Taco Bell has announced the 2009 installment of its Feed the Beat program. For the last 4 years, Feed the Beat has rewarded 165 up-and-coming bands and artists with the opportunity to receive free Taco Bell while on the road. This year, Feed the Beat will again conduct a nationwide search for 100 bands and provide them with one month's supply of Fourthmeal ($500 in Taco Bell Bucks per band). The open call for bands to register for Feed the Beat begins Friday September 11th, and will continue through Wednesday, September 30th.  Bands interested should visit www.feedthebeat. com/feedthebeats ignup for details on how to enter and for all contest rules.

Sent via Mermaids from BlackBerry land!

As you may know, right-wing talk show hosts have been bringing
race-based fear mongering into the mainstream, but FOX's Glenn Beck
has taken it to another level.

I signed ColorOfChange.org's petition to stop Glenn Beck's lies and
distortions, and so far, 62 major companies have stopped their ads
from running on his show. These companies have decided they don't
want to be associated with Beck's race-baiting.

But Beck is only stepping up his fear-mongering, so we can't stop now.
We have to make sure advertisers keep leaving, and stay away from his
show.

Will you take a stand and be counted, and invite your friends and
family to do the same? It takes just a moment:

This president has exposed himself as a guy over and over and
over again who has a deep-seated hatred for white people...
this guy is, I believe, a racist.

That statement fits into a pattern of rhetoric from Beck designed to
stoke racial paranoia and fear. He has claimed that President Obama
has a "reparation appetite" and a desire to use his policies to settle
old racial scores. Beck's overall plan is to create an atmosphere in
which the White House can accomplish nothing, and he's carrying it out
by preying on race-based fears and mobilizing hate. Beck relies on
dishonesty, distortion and exaggeration, and he is embarking on
character assassinations of Obama administration officials with whom
he disagrees.

FOX has a horrible track record on pushing racist propaganda, but
Glenn Beck appears to be taking the network to an even lower standard.
He's trying to divide and distract America when we should be coming
together and talking about issues that really matter--like health care
and the economy.

The good news is that we have the power to stop this. Over 175,000
people have joined this campaign, and 62 advertisers have already
stopped their ads from being run during Beck's show. Please help keep
the momentum building.

Here are some links to more info:

Gabe just sent me these pics. 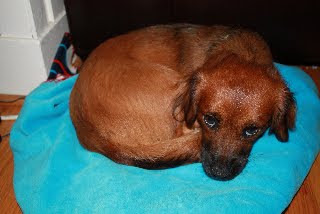 Hope this finds you well. I'm onto my 3rd city in a week and I'm a little tired! (Just a little.)
One of my current fave bands meets my beloved DJ: I wanted to share Daisy O'Dell's latest remix of HEALTH's "Nice Girls" with you - download it, dance around, and tell me what you think!

Our HEALTH Remix Project is now live on URB.com

You can find it at: www.urb.com/healthremixed

please promote it as hard as your can, and PLEASE be sure to use this URL (as opposed to the direct download link)

I just want to thank everyone again for their involvement in this project. I absolutely could not be happier with the results!